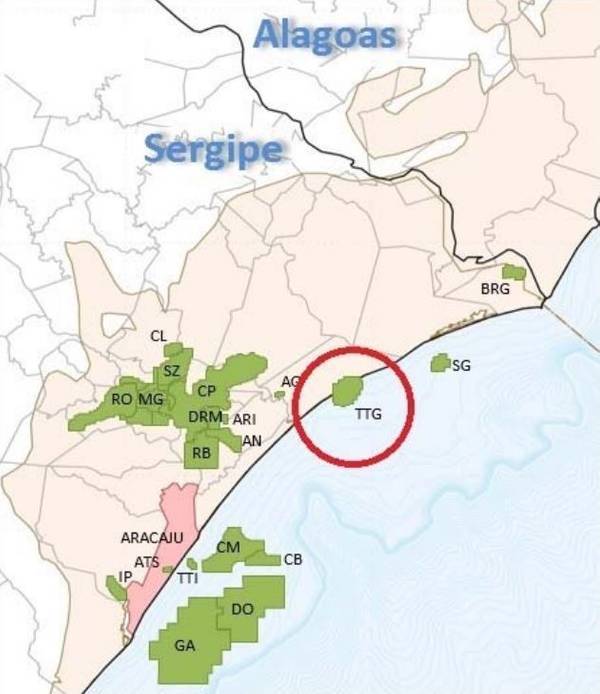 Brazilian oil company Petrobras has kicked off the binding phase for the sale of its entire stake in the Tartaruga field, in the shallow waters of the Sergipe-Alagoas Basin, offshore Brazil.

Petrobras had late in June 2020 announced the intention to sell its entire sale is located on the northern coast of the state of Sergipe.

Now, potential buyers qualified for this binding phase will receive a process letter with detailed instructions on the divestment process, including guidelines for due diligence and the submission of binding proposals.

"This transaction is in line with the portfolio optimization strategy and the improvement of the company’s capital allocation, increasingly concentrating its resources in deep and ultra-deep waters, where Petrobras has demonstrated great competitive edge over the years," Petrobras said.
The Tartaruga field, belongs to the Concession SES-107D,  on the northern coast of the state of Sergipe, in the municipality of Pirambu, in shallow waters of the Sergipe-Alagoas Basin. It has been in production since 1994.

While the field is offshore, the production facilities are located onshore, producing from directional wells. The field´s average production from January to June 2020 was approximately 609.76 bpd of light oil (37º API).

Petrobras has said there is potential to increase production. Volume in place is estimated at 21.63 million barrels of oil.

Petrobras holds a 25% stake in the field and Maha Energy Brasil Ltda is the operator, with a 75% stake.