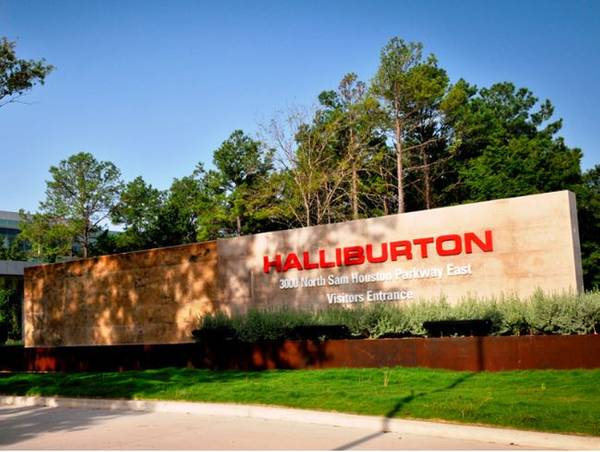 Oilfield services provider Halliburton Co slashed its quarterly dividend by 75% on Wednesday, the latest move by the company to shore up cash to cope with a dramatic plunge in oil prices that began in March.

U.S. oil prices experienced historic drops throughout March and April, brought on by the demand destruction caused by coronavirus-related lockdowns and a price war between producing nations.

As oil and gas explorers slam the brakes on drilling to survive low prices, companies like Halliburton that provide drilling equipment and services have taken a major beating.

Halliburton and larger rivals Schlumberger and Baker Hughes Co posted losses for the first quarter, owing to heavy writedowns on assets on the back of low oil prices.

Each of the three service providers have also slashed their spending plans for the year, with Halliburton's 50% reduction among the deepest in the industry.

Halliburton has already lowered salaries for the company's executives and cut roughly 1,000 jobs from its headquarters in Houston as part of a plan to reduce $1 billion of costs.

Members of Halliburton's board also agreed to reduce their annual retainer by 20% on Wednesday.

(Reporting by Shariq Khan in Bengaluru; Editing by Sweta Singh and Maju Samuel)