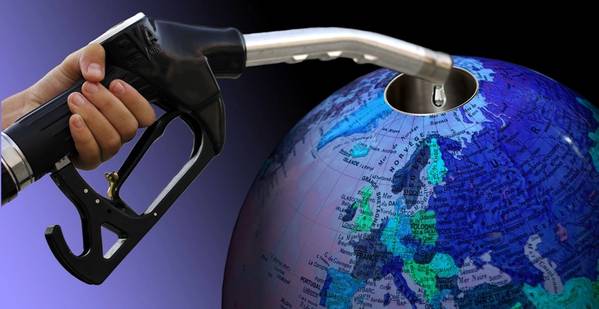 It's hardly news that the COVID-19 pandemic has sent most every market into tumult, most notably the oil and gas market as political power plays flood the world with oil precisely when demand has plummeted. Here we provide some recent insights on just how steep falls in fuel demand has been as lockdowns to contain the spread of the novel coronavirus limit the movement of more than 4 billion people.

Overall finished motor gasoline demand is still down 44% over the past four weeks from the year-ago period, but a drawdown in stocks in the previous week suggests that the consumption declines may be levelling off. Jet fuel demand was down 62%.

China's crude oil throughput in March sank to a 15-month low of around 11.98 million barrels per day, down 4.6% from a year earlier, National Bureau of Statistics data shows.

The CNPC's research arm forecasts Chinese refined oil consumption, including diesel, gasoline and jet fuel, will rise in March by 41% on an average daily consumption basis from February, reaching a monthly total of 21.19 million tonnes.

But, March consumption would still be 19.1% lower than a year earlier, and April consumption will remain lower.

Diesel consumption, which normally accounts for two-fifths of overall refined fuel consumption, declined 24.2% in March from a year earlier, its deepest decline since April 1998, data from the Petroleum Planning and Analysis Cell (PPAC) of the oil ministry showed.

PPAC have only provided monthly growth numbers since April 1998.

Sales of gasoline, or petrol, fell by 16.4% from a year earlier, the deepest slide since March 1999, the data showed.

However, cooking gas or liquefied petroleum gas (LPG) sales rose about 1.9% to 2.31 million tonnes and naphtha sales rose 15.7% to 1.39 million tonnes. India extended a lockdown of its 1.3 billion people until at least May 3 on Tuesday.

This brought the overall fall in March to 22% for gasoline consumption and 26% for diesel.

On April 13, France extended the lockdown of its 67 million population, which began on March 17, until May 11.

Spanish road fuel consumption fell by a quarter year-on-year in March to its lowest since January 1999 as measures to contain the coronavirus stopped vehicles circulating, data from national oil and gas agency CORES showed.

Gasoline use fell the most, by 34.4% compared with the same month the previous year. Total gasoline consumption was the lowest registered in the euro zone's fourth-largest economy since February 1973.

Jet fuel and kerosene consumption fell by over 66% in March compared with the same time last year. Consumption was also down 24% in the first quarter year-on-year.

Gasoil and diesel consumption, which represent the biggest chunk of Italian fuel use, stood at 1.47 million tonnes last month, down 34.7% compared with March 2019. Quarterly consumption was down nearly 13%.

And gasoline demand was down more than 50% to 285,000 tonnes in March compared with the previous year.

German oil refineries scaled back jet fuel output by around 26% last month compared with the year before, while raising heating oil production by over 30%, the country's Mineral Oil Association (MWV) said.

Overall, German refinery oil product output in March was only 2.2% lower than the same time last year, the MWV, which represents the country's 15 refineries, said.

Diesel and gasoline output fell by 7.1% and 4.5% respectively.