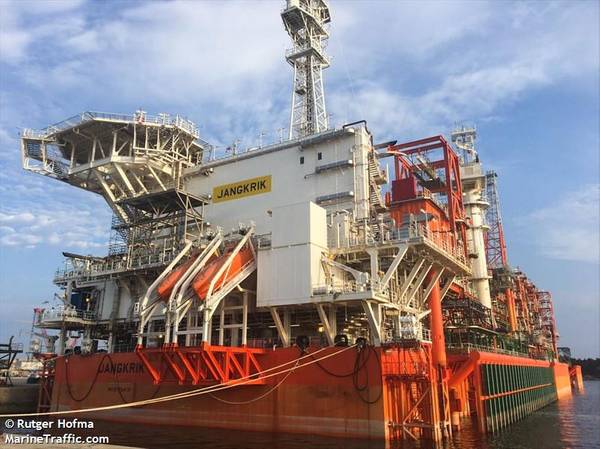 Indonesia's upstream oil and gas regulator SKK Migas has cut its full-year production outlook for the country, its chairman Dwi Soetjipto told reporters on Thursday, after reporting a drop in oil and gas output in the first quarter.

The coronavirus pandemic and lower oil prices have dealt a further blow to the southeast Asian country's oil and gas production, which had already been expected to contract for a fourth straight year in 2020.

SKK Migas cut this year's production outlook for both crude oil and gas to 725,000 bpd and 5,727 mmcfd respectively.

The productivity of the oil and gas workforce has slowed due to new protocols to curb the spread of the virus, he said.

This means that several projects which were supposed to come onstream this year, like the Merakes offshore gas field project, will see delays, he added.

Indonesia's crude oil output has been declining for years from a peak of more than 1.5 million barrels per day (bpd) in the mid-1990s to below 800,000 bpd now as key fields run dry.

Soetjipto said this year's state gross revenue outlook from the oil and gas sector had been cut by nearly half, from $32 billion to $19 billion now.

Oil prices fell to below $20 a barrel last month after Saudi Arabia and Russia launched a price war to try to increase their market share after ending a four-year production cut deal.

The coronavirus pandemic has also slashed energy demand. As of Thursday, Indonesia has confirmed 5,516 novel coronavirus infections and 496 deaths.