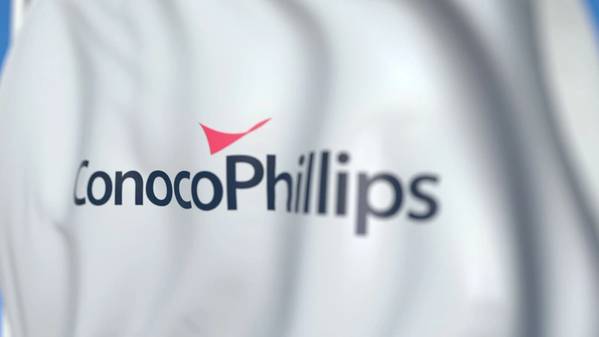 ConocoPhillips said on Thursday it would slash planned spending 35%, cut production by about 225,000 barrels of oil per day {bpd) and suspend its share repurchase program to weather the collapse in oil prices.

Oil and gas producers have sunk deep into crisis mode over the past month as the slump in demand caused by coronavirus lockdowns left the world's big producers producing far more than current needs and crude prices falling below $30a barrel.

With plans to cut spending 35%, ConocoPhillips becomes the latest oil and gas company to release a fresh round of cuts, joining rivals Occidental Petroleum Corp and Diamondback Energy Inc in revising spending plans lower. Exxon Mobil Corp this month slashed its spending 30%, while oil companies have pulled back 2020 spending plans by an average of 22%.

ConocoPhillips said it was cutting back production at its Surmont oil sands facility in Canada by about 100,000 bpd due to low prices for Canadian crude.

The independent producer also plans to begin reducing production across the lower 48 U.S. states from May, with an initial cutback of 125,000 bpd.

The U.S. production cuts are likely to happen in the Permian Basin and Bakken fields, said Scott Hanold of RBC Capital Markets, adding that "we anticipate other industry production curtailments in the coming months."

North American oil producers have so far announced cuts of more than 550,000 oil equivalent barrels per day (boepd) for the year, data compiled by Reuters showed, with more expected to come in quarterly earnings reports over the next few weeks.

The U.S. Energy Information Administration expects U.S. crude oil production to fall about 500,000 bpd this year to an average 11.8 million bpd in 2020.

ConocoPhillips also said it would cut its operating capital expenditures by an additional $1.6 billion to $4.3 billion. This comes on top of a $700 million reduction announced last month and brings the total cut to about 35% from its original guidance of $6.6 billion.

U.S. and Canadian producers, generally burdened with higher costs than some of their global competitors, have already slashed spending by more than $37 billion, or around 30%.

ConocoPhillips said the roll back in spending would be primarily focused on North America.

The company, which last month halved its $3 billion a year share buyback program, said it would suspend repurchases and cut operating costs to save $5 billion in cash.