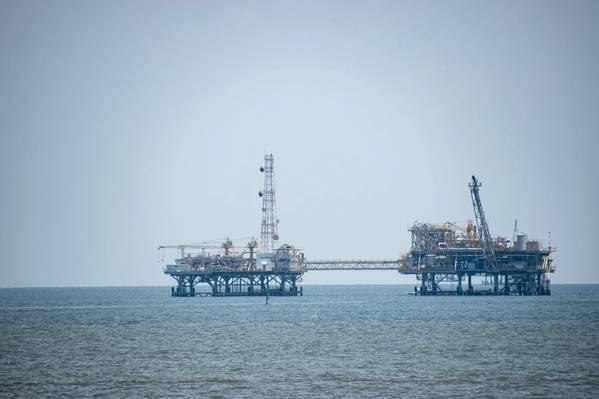 Offshore oil and gas drilling operations in the U.S. Gulf of Mexico emit far more methane than government estimates suggest, according to a study released on Monday by the University of Michigan.

Drilling platforms emit about half a teragram (Tg) of the planet-warming gas each year, according to the study, which claims to be the first to use aircraft to take direct samples of emissions during normal operations.

The study relied on measurements from January 2018, well before the current coronavirus pandemic slashed demand for fuel and crushed prices and oil production.

A half a teragram of methane has roughly the same climate impact as driving 31 billion miles in an average car, according to the EPA's greenhouse gas equivalencies calculator.

"We have known onshore oil and gas production often emits more methane than inventoried. With this study we show that this is also the case for offshore production, and that these discrepancies are large," said Eric Kort, an associate professor at the University of Michigan.

EPA said it updates its methods and data sources when new information is available to improve its emissions calculations. For instance, the agency released a new greenhouse gas inventory on Monday that for the first time includes emissions estimates for offshore facilities in state waters in addition to federal.

Methane, the primary component of natural gas, is a greenhouse gas many times more potent than carbon dioxide when it escapes into the air unburned. The oil and gas sector is the largest single source of U.S. methane emissions.

The researchers said their study found that EPA's estimates for emissions from shallow-water operations focused on natural gas were particularly low.

Large, older facilities in shallow water account for nearly 40 percent of emissions yet represent less than 1 percent of total platforms, the study found.

"By starting to identify and quantify the problem, with a particular focus on larger shallow water facilities, we can work towards finding optimal mitigation solutions," Kort said.

The pilot study sampled air by flying over 12 oil and gas facilities using a small research plane. It also took measurements downwind of clusters of up to 70 facilities.

The researchers plan to take more samples over the next three years in the Gulf, Alaska and California.