Britain's oil and gas industry body OGUK has asked the government to adapt the financial aid schemes offered in the wake of the coronavirus crisis so as to cover dozens of oil service companies which would otherwise not qualify.

OGUK called on the government last month to help it survive, as an oil price crash triggered the first field shutdowns in the North Sea, home of the Brent crude stream that underpins global oil prices.

OGUK Supply Chain director Matt Abraham said that the group raised the problem of "stranded middle" oil services groups in a meeting on Wednesday with Minister of State at the Department of Business, Energy and Industrial Strategy, Kwasi Kwarteng.

Abraham said dozens of such firms, which provide services in engineering, construction, maintenance, parts, and staffing on oil and gas installations such as platforms and rigs, would need to access, but do not qualify for the current schemes.

"He was very engaged and very supportive about the industry at large and how he was going to try and help us address some of the issues and challenges we're facing," Abraham said on Thursday, declining to name specific companies.

The government's business interruption loan package applies to companies with a maximum turnover of 45 million pounds ($56 million) a year. The Bank of England's Covid Corporate Finance Facility (CCFF) is only open to groups that have investment-grade rating, Abraham said.

"The terminology that's been used is the 'stranded middle'. They're not top-flight stock-exchange listed organizations at one end and they are bigger than the 45 million (pound) turnover at the other."

He said alternatives currently under discussion with the government include changing the limits of the current packages or coming up with new packages.

No larger listed OGUK member has applied so far for government aid, the added.

Energy analysts at Rystad forecast spending committed to new offshore projects in the British North Sea this year to fall to $600 million from a previous estimate of $4.3 billion. 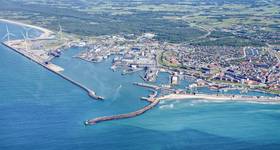 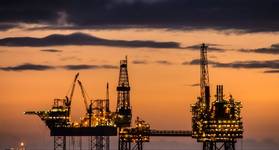