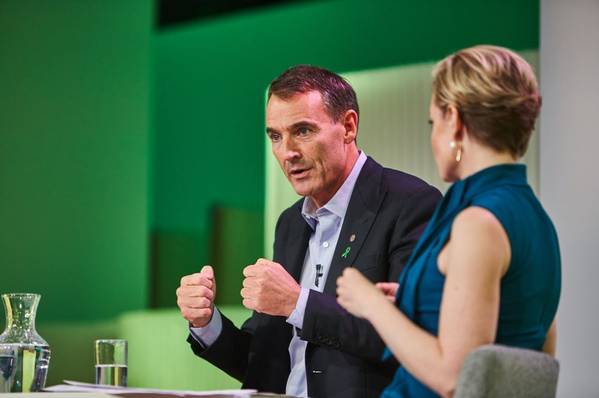 BP on Wednesday cut its 2020 spending plans by 25% and will reduce output from its U.S. shale oil and gas business in the face of the collapse in oil prices triggered by the coronavirus outbreak.

BP and other big oil and gas companies are having to rein in spending sharply following the collapse in oil prices driven by a slump in demand because of the coronavirus crisis and a price war between top exporters Saudi Arabia and Russia.

"This may be the most brutal environment for oil and gas businesses in decades," CEO Bernard Looney said in a statement.

The company said it planned to spend $12 billion this year, joining rivals that have announced cuts of around 20% in annual spending on average. BP had previously said its 2020 spending would be "at the lower end" of a $15 to $17 billion range.

That will include a $1 billion reduction in investment in its shale business, known as BPX, where production can be switched on and off relatively quickly, representing a 50% drop from 2019 investment levels.

BPX output will drop by around 70,000 barrels of oil equivalent per day (boepd) in 2020, around 14% lower than its 2019 output of 499,000 boepd. BP's overall oil and gas production is also expected to fall. BP will also reduce capital spending on its refining and marketing, or downstream, business by $1 billion.

Oil prices dropped by 65% in the first quarter as a result of a big fall in demand following movement restrictions imposed on billions of people around the world to limit the spread of the coronavirus.

The price war between top oil producers Saudi Arabia and Russia added to pressure on prices as the two countries boosted supply to try to win market share.

BP also plans to introduce $2.5 billion of cost savings by the end of 2021 through the digitalization and integration of its businesses. Looney said BP would not cut jobs in the next three months.

The company's $15 billion asset disposal program targeted by mid-2021 remains on track, but completion of deals already announced, including the $5.6 billion sale of BP's Alaska assets to Hilcorp, may face delays, it said.

BP said it has $32 billion of cash and undrawn credit facilities.

Credit agency Moody's on Wednesday cut BP's outlook from "stable" to "negative" but maintained its A1 rating.

Jason Kenney, head of pan-European oil and gas research at Banco Santander, said that for now BP could maintain its dividend payments, which reached around $8 billion last year.

"In the next six months, capital and operating expenditure will be redirected towards paying the dividend," Kenney said.

For the first quarter of the year, BP expects to take an impairment charge of $1 billion, while oil and gas output is expected to decline from the previous quarter by a range of 2.55-2.6 million boepd.

In response to the coronavirus outbreak, BP is reducing non-essential activity and manning levels at projects.