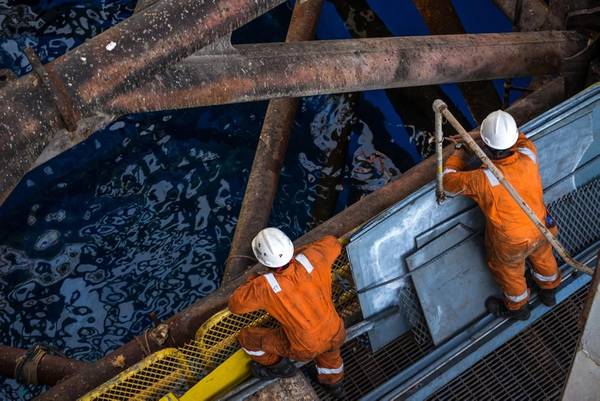 More than 200 oilfield services companies might be forced to declare bankruptcy - most of them in Norway and the UK - due to the effects of the Covid-19 pandemic and its effect on oil prices.

This is according to Norway-based energy intelligence firm Rystad Energy, which on Tuesday said, that around 20% of Europe’s mid- and small-sized oilfield service companies were set to become insolvent as the effect of coronavirus will hit the continent’s oilfield services market hard and cut purchases by about $5 billion year-on-year.

"The European [oilfield] service market, which was expected to stay largely flat this year from the 2019 level of $47 billion in our pre-coronavirus estimates, is now facing a number of hurdles because of the outbreak. Cross-border travel limitations, supply insufficiencies, quarantines, and capex reductions are only some of the market’s challenges," Rystad said.

"This will have a pronounced effect on the European energy service market, which is heavily dependent on its international workforce and efficient flow of goods and services between nations,” says Audun Martinsen, Rystad Energy’s Head of Oilfield Service Research.

For example, Oslo-listed oil firm BW Energy on Wednesday said it would cut investment plans for its Gabon offshore project, and not exercise the options for exploration wells under the existing offshore rig contract.

Per Rystad, most of the lost purchases – worth around $4.5 billion - are expected to hit Norway and Britain, mainly within the segments of MMO, drilling rigs, and well services, Rystad said.

"Bankruptcies will have to follow as a result, especially for mid- and small-sized suppliers which in the UK and Norway add up to more than 1,000 companies, adds Martinsen. As many as 20%, effectively more than 200 companies, could become insolvent, Rystad Energy estimates. More companies could be added to this number when the rest of Europe is included." 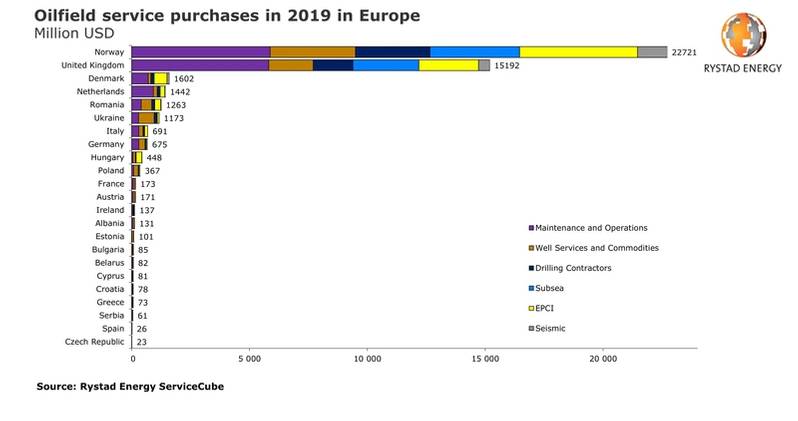 "For Europe, this crisis is worse than the one that OFS companies experienced in 2015 and 2016 after the oil-price fall,” says Martinsen, adding that a recovery back to 2019 levels is likely to happen from 2024."

Rystad reminded of Equinor's Martin Linge field coronavirus case from last week, as an example of the potential disruption that can be caused by the pandemic.

"One person on board Equinor’s Martin Linge production platform, currently in the commissioning stage, tested positive for the virus, triggering a dramatic response that saw as many as 90% of the 780 personnel being sent back to shore," Rystad reminded.

"For the oil and gas industry as a whole, the virus has played a significant role in the recent oil price crash, which, combined with the volatile markets, has pushed many field development projects out in time."

"This has hurt the bottom line of oilfield service contractors such as Aker Solutions, which sent out a warning last week to its 6,000 employees in Norway about likely temporary lay-offs in 2020. Such a fate could soon apply to many rival engineering houses in Europe as well," Rystad said.