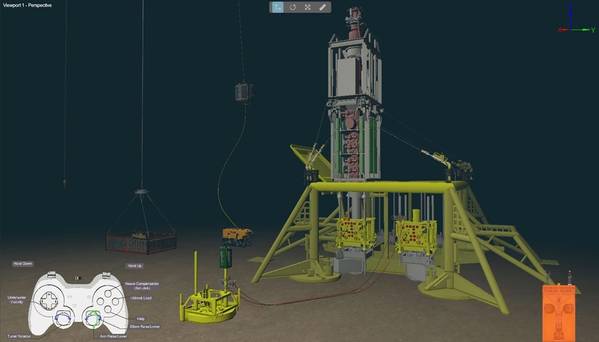 Houston-based Oceaneering International Inc. is a global leader in the subsea engineering and applied technology field, providing creative, robotics-driven solutions to technical challenges in some of the harshest environments known to man.

While the name Oceaneering implies a marine specialty, their experience in delivering results has led to a demand for their services across many markets and the company prides itself for its ability to “solve the unsolvable” anywhere—with projects currently underway in deep water, on land, in industrial settings, or even outer space.

With more than 9,500 professionals employed at 40 worldwide locations, Oceaneering has established itself over 51 years as the world’s largest deployer of mobile robotics, with over 280 remotely operated vehicles (ROVs) at sea.

Planning and de-risking operations
ROVs make up a large part of Oceaneering’s operations and understanding how these advanced—and expensive—robotic vehicles will function in harsh environments before deployment is critical for mitigating project risks.

With clients looking for a long-term partner to deliver safe and stable operations for multiple-years at a time, Oceaneering saw a need to provide immediate and tangible demonstrations of their capability as a company to deliver on these requirements.

To increase client confidence in project proposals, the Digital Innovation Design Team at Oceaneering was tasked with inviting clients to their office to demonstrate precisely how their ROVs would perform in the target environment. This included not only how the ROV would navigate and react to a complicated physical situation including submerged equipment, natural objects, and tricky ocean currents, but also the types of changes in these conditions that keep pilots on their toes—the unexpected they’d need to learn to expect.

While Oceaneering’s design team excelled at creating 3D models so clients could visualize equipment in its “native environment”, their existing systems did not move to the next level where they could simulate how the vehicle would function in different scenarios and make changes to these scenarios “on the fly.” Even the smallest change to a scenario required the scene to be rendered again, which could easily take five days or more. 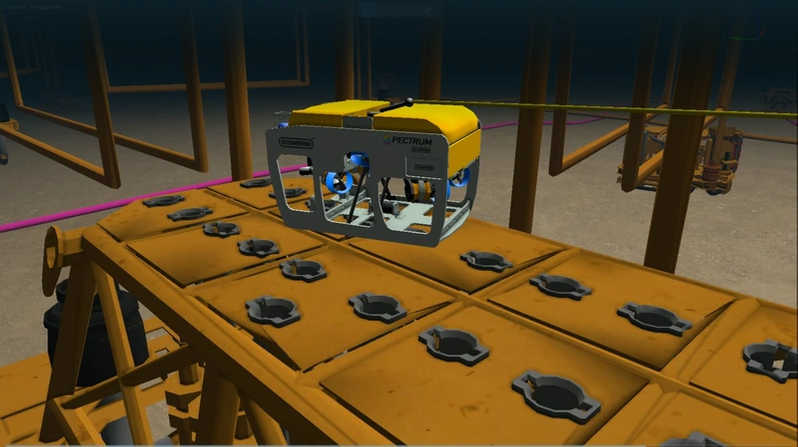 Looking to deliver with real-time simulation
Minimizing development costs was an essential factor for Oceaneering and its clients. As they took on increasingly complex projects, they wanted to focus their mechanical engineering resources toward higher value tasks and leverage their existing 3D design teams as much as possible. Once the models were developed they would then involve mechanical engineers at this critical stage of the project to validate the fidelity and accuracy of simulations.

Familiar with Vortex Studio and its capabilities in simulating offshore and subsea environments, the Digital Innovation Design Team at Oceaneering decided to implement the software on a trial basis for an active ROV design project.

While the team had 3D modelling experience, they had never set about creating an interactive world before this. “Our designers only had 3D Studio Max and Maya experience,” said Mark Stevens, Digital Innovation Operations Director at Oceaneering.  “However, by following the Vortex Studio tutorials, they were able to create an impressive 3D prototype of a new ROV grabber tool we were developing in less than two weeks.”

The easy-to-understand interface enabled Oceaneering’s design team to quickly import their existing 3D model and add the mechanical dynamics needed to represent the complete functionality of the new tool accurately through simulation.

“After the two weeks of refinement, we had a mechanical engineer validate the model. It was very close. It only took a few hours to finalize the model after this,” Stevens noted.

Putting design to action
Offshore projects have demanding deployment schedules and operating environments, and therefore it was important for the company to avoid delays caused by physical damage during training and ensure maximum performance the moment the real ROV was deployed.

With a refined model of both the ROV and operating environment in hand, Oceaneering saw an opportunity to provide a cost-effective Vortex Studio-based training tool for both internal and external clients.

“We plan to train our new ROV pilots with simulations that we can create in Vortex Studio,” added Stevens. “Based on what we’ve seen to-date, we expect to them to learn how to do a hot stab operation 30% faster and increase the mobilization time of an ROV by at least 20%.”

With the freedom to add different difficulty levels to the simulated missions, crews can start with basic skill building and then progress to the same types of real-time challenges they will face while working onsite. Some examples include strong currents, excess floral growth, low visibility, subsea setup maneuvering, and unexpected equipment behavior.

Stevens elaborated on the value of this approach, “Ocean conditions are unpredictable, so we need our pilots to have a core set of working skills and best practices that they can count on to help them deliver results in any given situation.” 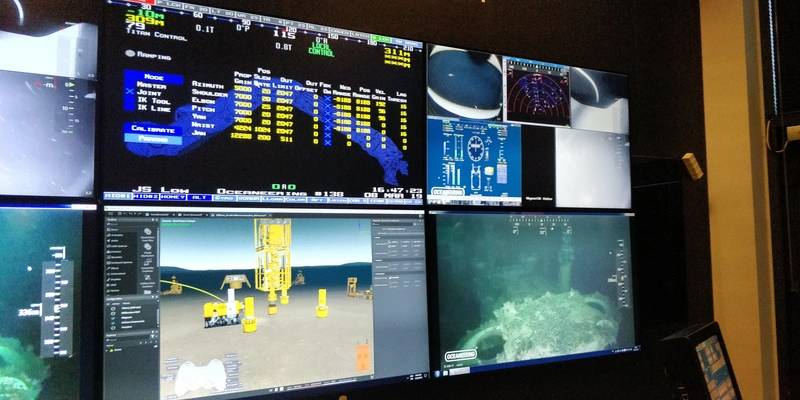 Next stage digital innovation
With projects coming from all industries and environments, the Oceaneering team appreciates the fully integrated and scalable nature of Vortex Studio.

Because Vortex Studio manages all the capabilities needed to support the simulation process from start to finish, Oceaneering doesn’t have to integrate and maintain separate point solutions.

“Our team can focus on their core competencies and spend more time on client deliverables instead of wrangling software,” said Stevens.

The powerful Vortex Studio Editor has enabled the team to build simulations and virtual prototypes on dedicated systems optimized to process and update data in real-time. As well, the modular Vortex Studio Player allows a light, playable version of the simulation to be deployed onto training systems and ROVs in the field, making the simulation available to pilots where they need it.

For pilots, they’re training on the systems they use on a daily basis, while for design and IT teams, the system can be remotely configured and updated without needing to deploy the full Vortex Studio suite. This adds agility to operations and reduces the costs of updates, sometimes quite difficult in remote locations.

Beyond their current projects, Oceaneering is currently working on a digital twin concept using Vortex Studio, building a virtual interactive representation of their live systems in the field. Tied to historical, real-time, and predictive data sets, the digital twin will provide a visual representation of operational status, as well as diagnostic and prognostic monitoring to reduce downtime and support a continuous product improvement process.

“Vortex Studio has empowered the digital innovations team at Oceaneering to produce high-quality 3D simulations at a fraction of the time and cost compared to before,” adds Stevens. “This enables us to take on more client projects and contribute to our top-line growth while preparing the whole team for the increasingly complex projects of the future.”