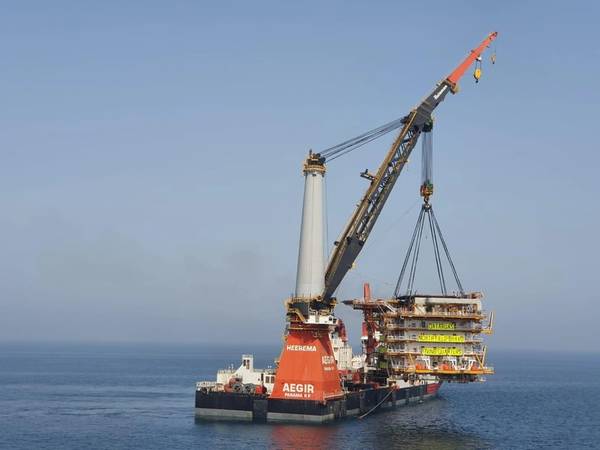 Heerema said the installation was completed by its vessel Aegir, which was recently converted from a deepwater construction vessel into a fast sailing heavy lift vessel (HLV).

The project itself was a milestone for Qatar, with the fabrication for the offshore living quarter expansion being done locally, a first for the nation.

The Aegir firstly mobilized to Qatar's Ras Laffan Port where both structures were constructed by Rosetti Marino at the Nakilat-Keppel Offshore Marine (N-KOM) Erhama Bin Jaber Al Jalahma Shipyard. On February 14, the Aegir picked up the jacket horizontally from the quay side. The 1,000-metric-ton structure was then sailed to the offshore site, upended, and positioned in a process that was first tested in Heerema's simulation center to ensure the safest and most efficient methods were used.

In the subsequent days the main piles, consisting of a leadsection and two add-ons, were installed and driven to target penetration. Before the Aegir returned to the N-Kom yard to pick up the Qatar made topside on February 22, lifting the 3,000-metric-ton structure from the quay side and setting it onto the Aegir deck. The next morning the Aegir set sail to the construction site, where the deck was installed around midday, with both mobilizations being completed within 18 hours.

The project was finalized on February 25, with both the jacket and topside safely installed by Heerema for Qatargas. 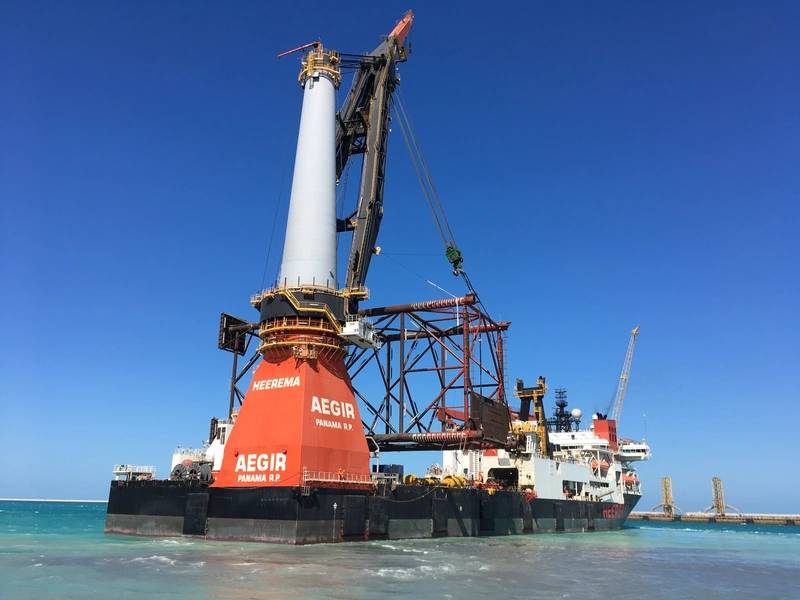