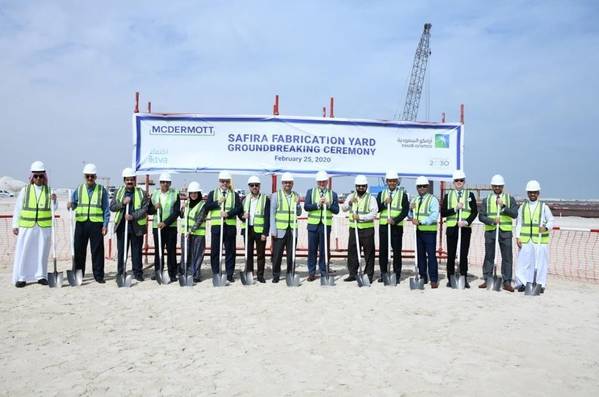 Offshore oil and gas engineering and construction company McDermott has broken ground on the new fabrication facility in Saudi Arabia in which it will build offshore and onshore oil and gas platforms and modules.

The company is building the fabrication facility - the SAFIRA fabrication yard - in the King Salman International Complex for Maritime Industries and Services in Ras Al-Khair, Saudi Arabia.

The overall site which is being developed by Saudi Aramco is expected to be the largest maritime industries complex in the Kingdom and the Middle East region in terms of production, capacity, and scale.

Within the giant complex, McDermott is building a facility spanning 1.2 million square meters that will include offices, pre-fabrication shops, blasting and painting shops and large assembly shops capable of fabricating platforms and modules for both offshore and onshore projects for Saudi Aramco and other customers in the region, McDermott said.

The facility will incorporate up to 80,000 square meters of covered shops to house the latest automation technology and will also include a 580-meter reinforced bulkhead providing marine access.