Watson Farley & Williams (WFW) has advised CSEIP on the EUR 340 million financing of the acquisition. The financing was arranged by Goldman Sachs.

The 385 MW offshore wind farm, which is located in the German Exclusive Economic Zone in the Baltic Sea and comprises of 60 Siemens Gamesa 6MW turbines, was opened in April 2019. Following the transaction, Equinor retains a 25% interest in the wind farm and RWE Renewables remains its operator with a 50% stake. This is one of the few holdco financing structures in the German offshore wind market.

WFW also advised on the Baltic II offshore wind project, which is believed to be the first holdco financing in the German offshore wind market.

CSEIP specializes in long-term investments in the energy sector alongside top-tier industrial partners. In addition to its stake in the Arkona offshore wind farm, CSEIP is one of the leading investors in Nordic onshore wind assets with now more than 2 GW of installed capacity.

Stefan said: “We are very pleased to have advised CSEIP on this strategically important transaction, demonstrating once again that WFW’s standing as a leading legal adviser to the renewable energy sector in general and offshore wind in particular”. 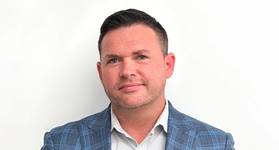