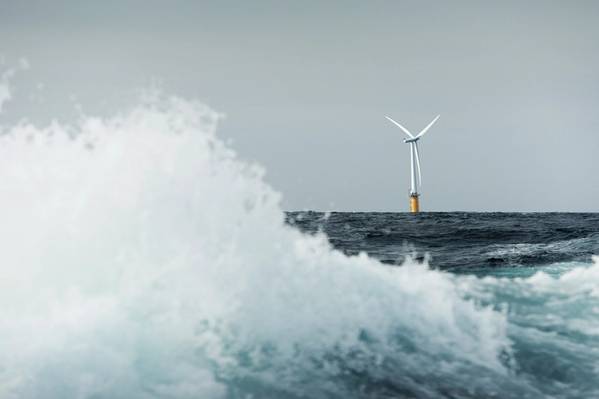 Norway based Kvaerner said it has signed a contract with Norwegian energy company Equinor to study how floating concrete substructures for offshore wind turbines can be designed and constructed for the planned Hywind Tampen project in the North Sea.

“Another important part of the FEED contract is to establish an improvement agenda that targets cost and schedule drivers with the purpose of establishing the safest and most cost-efficient concept for project execution,” said Peder Christian Melleby, senior vice president Renewables in Kvaerner. “This is a good match for the continuous cost and schedule improvement programs Kvaerner has implemented over the past four to five years.”

Last summer, Equinor and its partners announced that they would explore the possibilities of using floating offshore wind turbines to supply power to the Gullfaks and Snorre fields. The oil and gas platforms could be the world’s first to receive parts of its power demand from floating wind turbines.

The solution that is being considered is a wind farm consisting of 11 wind turbines based on Equinor’s Hywind floating offshore wind concept. The 8 MW turbines will have a combined capacity of 88 MW and are estimated to meet about 35 percent of the annual power demand of the five Snorre A and B, and Gullfaks A, B and C platforms. In periods of higher wind speed this percentage will be significantly higher.

Kvaerner, which provides the full scope of engineering, procurement, construction and installation (EPCI) services for both fixed and floating platforms for oil and gas field developments, said it has identified offshore wind as one of the company’s main growth areas in the coming decades. Today, Kvaerner said it offers fixed and floating substructures in steel and concrete as well as converter platforms for offshore wind farms.

“During the FEED period we will develop the smartest possible solution to bring down the serial production cost and execution time for 11 concrete units, without compromising with Kvaerner’s renowned ability to deliver predictably. Our ambition is to present an attractive concept and delivery model to Equinor and its partners, and that they choose to realize the Hywind Tampen project with Kvaerner’s solution,” Melleby said.

The final FEED study report will be delivered April 1, 2019. Kvaerner will manage the project out of its headquarters outside Oslo.