Petrobras has cancelled a leasing contract with Ocean Rig, the Brasilian NOC announced on 29 November 2012.

Petrobras had announced in February that it planned to lease five drilling rigs, capable of drilling in waters of up to 3,000m, from Ocean Rig.

Of the cancellation, Petrobras said it expected to drill fewer wells in the pre-salt Santos Basin due to higher productivity in wells already in the area. 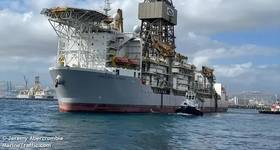