Statoil has signed a three year contract for the Stena Carron drillship for exploration drilling in the pre-salt blocks (Blocks 38 and 39) in the Kwanza basin in Angola.

Statoil has also allocated the Discoverer Americas drillship to East Africa to perform exploration drilling in the Statoil-operated blocks in Tanzania and Mozambique.

"Statoil has now secured rig capacity for its planned global exploration programme in 2013 and 2014. We have drilled four successful wells in Tanzania over the last year, and are now committed to drilling additional wells in Tanzania as well as in Mozambique and Angola," said Tim Dodson, executive vice president for exploration in Statoil.

"Together with a three-well campaign in the Gulf of Mexico, three Statoil-operated wells in Canada, and a one-year drilling campaign in the Barents Sea, this demonstrates an ambitious exploration programme."

In Angola, Statoil will test the pre-salt potential in the Kwanza blocks by drilling the commitment wells in block 38 and 39. In East Africa Statoil, along with its respective partners, plans to drill three to four wells testing the further potential in block 2 in Tanzania and explore the block 2 and 5 area in Mozambique.

In the Gulf of Mexico Statoil will drill three operated wells during 2013 utilising the semi-submersible Maersk Developer. The company also has exploration activities in two to three partner operated wells in this region coming up, in addition to a three-well campaign offshore Newfoundland in Canada.

"Statoil has an ambition to produce 2.5 million barrels of oil equivalent per day in 2020, which requires that we ensure sufficient and appropriate rig capacity. We have secured rigs for our needs in 2013 and 2014, and we are also targeting the allocation of rigs and developing new rig concepts to ensure more capacity in the market." 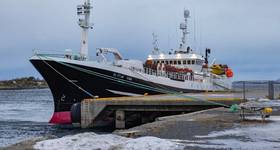