Indications of hydrocarbons in the Shetland Group/Lista Formation in the Gullfaks licence have been known for a long time, but they have not yet been developed due to poor reservoir qualities. A new well test in this interval however indicates good flow rates.

"The discovery provides new volumes that can give high-value production in a short time as well as new and promising perspectives for the field and the installations," says Øystein Michelsen, executive vice president for Development and Production Norway. "This is a result of Statoil's strategy for revitalisation of the Norwegian continental shelf." 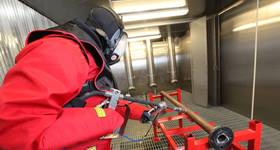