Ultra growth in the ultra deep

In the latest World Drilling & Production Forecast, Douglas Westwood (DW) predicts combined oil and gas production from such fields will grow 7.7% year-on-year over 2015-2021 from 6.5 MMboe/d to 10.2 MMboe/d.

This will come from the drilling of 1470 ultra deepwater wells, an increase of 68% on the seven years prior. A key factor is that at these water depths, only the most highly productive plays are being targeted. Additionally, deepwater projects typically have funding secured several years ahead of first production.

Leading the way with increased oil production will be the historically big deepwater producers – Angola, Brazil, Nigeria and the US. The latter will see the strongest growth of the four with ultra-deepwater oil output set to climb from 1.2 MMb/d in 2015 to 1.7 MMb/d in 2021. This will be the result of 11 floating production platforms being brought online, including Anadarko’s Lucius spar, Chevron’s Jack/St. Malo and BP’s Mad Dog Phase 2 (both floating production semisubmersibles).

This, combined with Petrobras’ continuing success in Brazil’s pre-salt reservoirs and West Africa’s ultra-deepwater plays apparent resilience to the oil price downturn, global ultra-deepwater oil production will rise from 5.5 MMb/d in 2015 to 7.7 MMb/d in 2021.

Despite some of the world’s largest producers seeing these gains in oil output, gas production will grow twice as quickly – more than doubling from 1.1 MMboe/d in 2015 to 2.5 MMboe/d in 2021.

While much of this growth will come from established producers, ultra-deepwater gas will begin to be exploited in countries more "off the deepwater grid." Equatorial Guinea and Mozambique are both likely to see FLNG vessels begin operations on ultra-deepwater fields late this decade while Israel could see large volumes produced from a range of greenfield developments and subsea tiebacks.

DW anticipate US$378 billion will be spent on floating production platforms and subsea hardware over the next seven years, with 45% of this to be spent on ultra-deepwater fields, reflecting their importance in the global oil and gas supply picture. 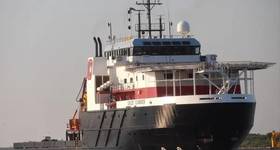 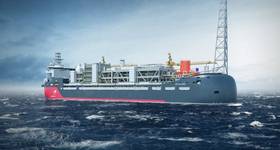