The journey, aboard Boskalis' Dockwise Vanguard heavy transport vessel is about 14,500-long long and will take about two months. Once in Norway, the spar hull will be floated off and the 25,000-tonne topsides mated. Following commissioning work, the spar will then be towed into the Norwegian Sea to be moored at the Aasta Hansteen field and is due onstream in 2018.

Statoil’s Aasta Hansteen spar development will move Norwegian operations into a new deepwater environment. The spar will be moored in 1300m water depth in the Norwegian Sea – the deepest previous project is Shell’s Ormen Lange, at 900m.

Aasta Hansteen was discovered in 1997, some 300km offshore, far from existing infrastructure. The development will produce the Luva, Snefrid and Haklang gas and condensate reservoirs, jointly known as Aasta Hansteen.

The Aasta Hansteen facility will be Norway’s first spar project (as well as being the world’s largest spar), the country’s first use of steel catenary risers (SCRs), the first synthetic rope mooring spread offshore Norway and the first use of mechanically lined pipe installed using reel-lay in the country. 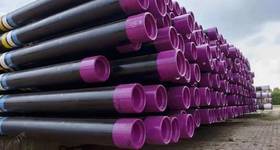 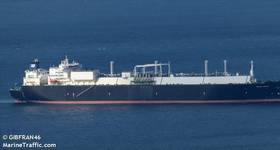